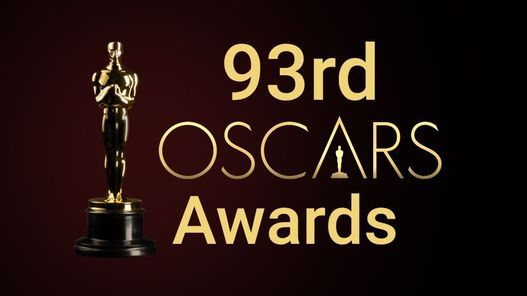 This year’s Academy Awards Ceremony, presented by the Academy of Motion Picture Arts and Sciences, was held at Union Station in Los Angeles, CA.  It is a 93 year old tradition that honors the best of films in various award categories.  Due to the Pandemic, the event was live with notable precautions enforced to keep guests and presenters safe. Although viewership was significantly down to an estimated 10.4 million compared to previous years, the Sunday, April 25th Ceremony did showcase significant diversity in domestic and foreign films.  Barriers were broken for women of color Directors to finally be honored along with recognition for Asian born filmmakers and actors compared to past ceremonies.  The message echoed by various speeches was embracing the diversity that makes us strong and inclusion for people of all races that contributes to our great American society.  In the wake of the on-going social unrest in major cities and violence against members of the Asian American Community, this message of respect and unity for all peoples per their contributions is something to embrace beyond the ceremony at all levels in our country.

The films of 2020 and early 2021 that were honored included Minari that told the story of Korean Americans living on a farm in Arkansas in search of the American Dream and Nomadland directed by Chinese-born Director/Producer Chloe Zhao that garnered Oscars. Minari’s Yuh-Jung Youn from South Korea won for Best Supporting Actress and Chloe Zhao took home two Academy Awards for Best Director and Best Picture of the Year with Nomadland.  Minari received nominations for Best Original Score, Best Original Screenplay, Best Director, Best Picture, and Steven Yeun was nominated for Best Actor for his film role.  Ms. Yuh-Jung Youn incorporated wonderful humor in her award acceptance by joking with Brad Pitt, Minari Film Producer, about his whereabouts during filming and how nice to meet him finally. She thanked everyone for their American Hospitality and her two boys for making her work so hard to win her Oscar.  Ms. Yuh-Jung Youn is a treasured Korean actress that America has now discovered.

What stood out was Nomadland’s Chloe Zhao in traditional Chinese attire honoring her heritage as the first woman of color to win an Oscar for Best Director.  Her acceptance speech paid homage to her Chinese Heritage when playing a poem game with her father back in China when she was growing up.  What made her speech perfectly suited for today’s societal challenges, is one specific poem that starts with the line “People at birth are inherently good.”  Ms. Zhao’s words on how she has found goodness in people she has met everywhere in the world and to hold on to the goodness in yourself and each other was moving and what we all need to remember in these times.  All in all, Nomadland received a total of six nominations and is a film to experience.

Although this 93rd Academy Awards lacked the glamour, pomp and circumstance that made former ceremonies shine bright, this year brought something new with Asian Americans rising to top recognition for their stellar films and spearheading the message of respect and unity among all people who are inherently good from birth.  The Asian American Chamber of Commerce commends the achievement made by these leaders in the AAPI film industry this year and their message of inclusion that unites us all together.  Watch these films that will expand your perspective and that celebrate the great diversity that is America.

About the author: Deborah Brent